When could I use a low-cost sensor?

Back to AQEG advice on the use of 'low-cost' pollution sensors page.

This is a common question that is now being asked about low cost sensors, but unfortunately there is no simple answer. The appropriateness of using a particular device depends critically on what the data is to be used for.

Without any ongoing quality control and calibration of these devices in the field their lifespan for producing useful data will always be limited – this is no different to any other reference measurement, if it is left uncalibrated for long periods. 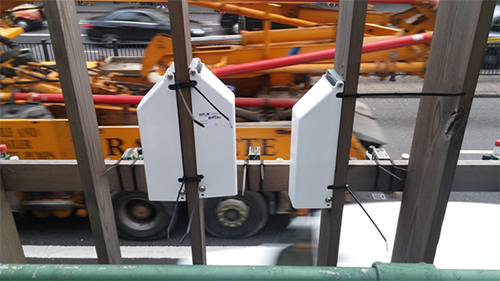 The World Meteorological Organization (WMO) has provided some initial guidance on the application of low-cost sensors for air pollution and it is summarised in a short advice note available for download here:

The final recommendations on the application of sensors to particular tasks are reproduced here, and expanded on to give some ideas for where sensors may be appropriate to use and where they currently are not. A more detailed report is expected in early 2018 and a link to it will be provided here when it is available.

“WMO Recommendation: The current body of research literature would support the use of low-cost air pollution sensors for certain applications but not others. The advice is summarised below.

i) Peer-reviewed literature would indicate that many current sensor technologies provide a useful qualitative measurement of the temporal variability of general air pollution levels at a given location over periods of days to months.”

Would a low-cost sensor be a good way to find out when during the day air pollution is at its highest or lowest at a particular location?

Answer: Yes, if general short-term trends in pollution are of interest then sensors may well be a helpful way to assess their variability.  Real-time sensor measurements from either a single sensor or a network could, for example, help identify where a point source of pollution is located.

“ii) There is some evidence to support the use of sensors to assess spatial variability in air pollution, that is, the relative differences in overall air pollution between two different geographic locations.”

Would a network of suitably calibrated sensors to be able to identify in general terms which areas of a town or city had highest or lowest level of air pollution?

Answer: If the sensors were shown to have a suitable level of reproducibility, then over relatively short periods (days to a few months) of monitoring, there is evidence that such a network of sensors would helpanswer this kind of question.  These are often referred to as indicative measurements.

“iii) There is rather limited evidence for sensors being an appropriate method to assess the concentration dependence of a specific chemical, for example for determining compliance with legal or regulatory standards.”

Could low-cost sensors be used to show whether a hospital or school is located in an area that is exceeding the limit values set out in the EC Directive on air quality?

Answer: No, at present there is no evidence that sensors are sufficiently accurate to do this, or that they have been shown to be equivalent to the Directive Reference Methods. The results might either overestimate or underestimate pollution at that location.

“iv) There is no evidence for sensor approaches being currently suitable for discerning long-term trends in atmospheric composition.”

Can low-cost sensors help a user find out whether over several years a particular pollutant is increasing or declining at a fixed location in a city?

Answer: There is no evidence at present to show that current sensors are stable in their responses if left uncalibrated over very long periods of time. Unless the change in concentrations was very substantial they would not likely be suitable to quantify inter-annual trends.